Thanks everyone for the support.

”Glimpse of Madness” is a visually-rich 2D point and click adventure game inspired by all the ’80 & ’90 classic games.

The game mainly deals with thrillers, investigations and the supernatural world, but combines this with more lighthearted and fun themes.

Will you help Ana Lucia to solve the mystery of her parents’ death?

HERE IS THE INTERNATIONAL VIDEO TRAILER

AND HERE IS A COLLECTION OF GAMEPLAY LOCATIONS:

• 20 different locations in which to move, interacting with multiple objects and characters

• Puzzles to solve in order to proceed with the adventure

• Dialogues with different characters, to discover useful clues and reach the solution

• Accurate movements of the various characters, depending on the action required

• Versions of the game in Windows and Mac format

The partial game demo of the adventure (7 locations), in Windows and Mac formats, is available on the website glimpseofmadness.com .

The user will guide the main character Ana Lucia through the multiple locations that characterize the game.

During the course of the adventure Ana Lucia will meet several characters who will help or hinder her in her search for truth!

Below we present some of the main characters, who Ana Lucia will have the opportunity to converse or exchange objects with, to continue in the solution of the plot.

home only to lose her parents in an mysterious incident.

Mark:
Ana Lucia’s boyfriend, will play an important role in the game.

Onze:
A valuable informant, based in Mexico.

Theresa:
A very mysterious lady from the past.

Tricky:
A shady and dangerous guy.

Ataahua:
A precious friend who will help Ana in her search.

The Doctors:
Working in the Istitute, will they be allies or enemies?

Chief Henry:
The strong arm of the law.

Rachel:
She is a mysterious adventurer.

In early ‘90s, the team completed the development of a first-person, western-style adventure, “The West Bandits”, on the Commodore Amiga® platform, which however will never be published.

Over the past two years Hijacked Minds Studios has been developing a new adventure, in the style of the most classic point’n’click adventure games, but without following the path of “pixel art”, preferring instead to develop high definition graphics, the developers , use dedicated software such as Newtek Lightwave 3D® (used since Amiga times), Daz Studio® (for the characters and their respective movements), Corel Video Studio® for the intro and cutscenes, as well as Adobe Photoshop® for the interface and to mix everything.

Hijacked Minds Studios chose Visionaire Studio 5® as game engine, as it was specifically designed for the development of games that the team had in mind to produce.

From this development effort comes “Glimpse of Madness”, a classic point and click adventure with an ‘80s and ‘90s adventure production style.

We need your support

We have made significant progress in the development of Glimpse of Madness.
However, we need your help. Our purpose is to exceed our usual limits! Making a game, even indie, requires a huge amount of resources, energy and time. In Glimpse of Madness, we want to improve the graphics furthermore, bring new ideas, improve the puzzles and make the game longer. What you can see in the attached videos and screenshots is a work in progress, but we know that we can do a lot better. The idea of the Indiegogo campaign is to bring a helping hand and make the game not just good, but great! 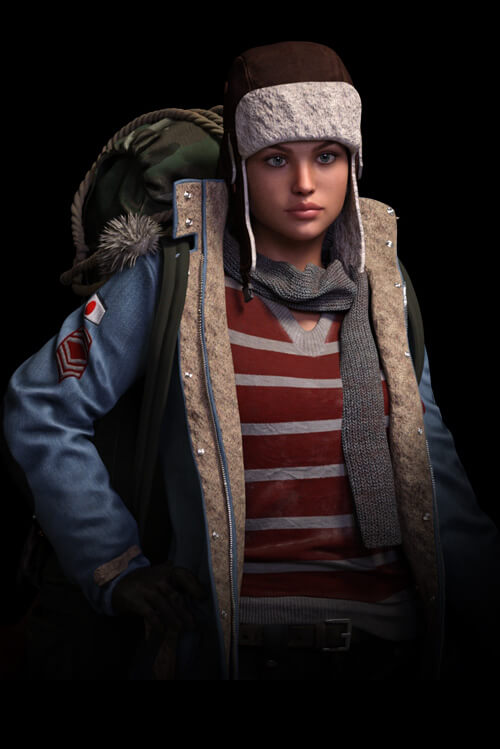 Enter your e-mail to receive updates from Hijackedminds Games

In Game Footage and Charcters

We're not around right now. But you can send us an email and we'll get back to you, asap.